How The Universe Never Began

{This paper was written for a Religious Studies course circa 1990 taught by someone who previously was a teacher at a local Girl’s high school. We got along well, and I think we both learned a bit from each other. I believe the grade on this was an “A” with a note that she didn’t claim to understand some of what I had written, but was sure it was worthy of the grade had she understood it.}

My theory of creation is that it never happened – sort of. It’s not that time is an infinite progression and/or regression on a straight line, but that it is circular. We philosophers, after all, like a closed system.(1)

I shall explain. Without going into too much explanation as to the nature of life itself, it suffices to state that “the creation”, the cosmos, exists. Also, we perceive time to exist as well. But I would suggest that the two — time and space — are not independent of one another, but time is as legitimate a dimension as is space.(2) Time, therefore, is part of the cosmos. It then becomes obvious that time was created along with the rest of the cosmos, but a new question forces it’s way in. When were space and time created?

As to the answer of this question, to say simply “at the beginning of time” is not acceptable. Why? The question itself is nonsense. Time itself could not be created at its own beginning if it did not yet exist.(3) Alternatively, time seen as dimension similar to the physical ones would suggest that all of time and space was created simultaneously. “Simultaneously” here cannot mean “in one instant” in the usual sense, since there are no instants in time if time is again not existent. It must mean that in the eyes of God (figuratively or literally) all of time is viewed as a single, gestaltic whole, as one would view “simultaneously” a whole piece of wood, end to end.

In conclusion of this argument, I must suggest that the idea of a specific act of creation at a given time is unfoundable, given the aforementioned axioms and statements.

But conclusive or not, the theory is not complete in that things exist, events take place, and how we got here has in no way been answered to the fullest.

First, time, in light of what was stated earlier, did not have a start (and likewise no finish) because any endpoints must have a relation to another body of reference, of which there is none (because time does not
exist apart from itself in the cosmos).

This idea is best explained by the problem of infinite space. The physical dimensions (and time as well I am proposing) cannot have a boundary, for any such limitation would be a contradiction. If there is an outer shell to the universe, there must be something outside of it, perhaps a giant sea our universe is floating within- but then by definition, the “Cosmos” must also include this sea or external region as part of it.(5)

But if the universe is infinite in size, the Laws of the Conservation of Mass and Energy become a wrench in the works. These laws by their nature call for a sum total of mass and energy, hence a finite universe. How is a finite universe with no boundaries possible? Again, I shall explain.

A two-dimensional view (ie. a map) of the surface of Earth shows a specific total area, yet one can sail off the page as Megellan did and miraculously reappear on the other side. Why? The Earth is a sphere — a three-dimensional sphere. If we perceive it in one less dimension than it is, the fact that it is unbounded yet finite is a seeming contradiction. By extrapolation, we can then say that the physical cosmos, when perceived as unbounded and finite in three dimensions, must therefore be four-dimensional.(6) 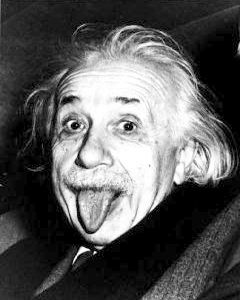 If time is a dimension of similar nature as the three “physical” dimensions (ie. the geometric axes x,y,z), then it also must curve in upon itself so that going in one direction will eventually result in arriving back at the starting point. (A bit too much for Megellan, eh?) So the time axis, like space, is a straight line in our limited perception, but a circle in the next-higher dimension.

It is now the unavoidable time to discuss History, natural or otherwise. No one with reason can ignore, or fail to at least hold true with the intellect, that all empirical evidence points both to evolution and to a lesser extent, the Big Bang theory. Geologic and Paleontological data prove beyond doubt, with the help of constant, known rates of radioactive decay (ie. carbon dating, etc.), that the cosmos is immensely older than human history itself. However, as will be explained, the role of God as creator, even in this repetition of events in an open yet finite universe (called “Toroidial time-space”), is not altogether inconsistent.

The Big Bang theory is the catch here. The theory states with some certainty that the universe expanded rapidly (“exploded”) from one point, about 15 billion years ago.(7)

It also states that just as sure that the universe is still expanding, basic physical forces will eventually cause the universe to contract to a single point, an estimated 70 billion years down the road. This span of 85 billion years, from the “Big Bang” to the “Big Stop”, is the finite realm of time.

If it is circular, the Big Stop then continues with the Big Bang, all over again.(8) Having no rationale for a time line with a beginning or end, along with the proposal that all dimensions are necessarily finite, I hereby state that circular time as well as space, must be the status quo.

Any act of creation then must involve the creation of the cosmos “instantaneously”, in a higher, non-temporal sense of the verb. Circular time, covering all the events in any salvation history past, present, and future, must have been [I use the past tense figuratively now] imposed into being as a stamp would print an entire figure or message — all at once, no chronological beginning or end.

The least empirical part of the theory, which is arational and therefore not truly theoretic by definition, is the presupposition that the Absolute Infinite, that whose oneness is both Being and Non-being, brings forth the Cosmos from being into non-being. God (it’s personified or personal form) is therefore the Designer of the natural order.(9)

With its empirical methods and instrumentation, Science studies the physical, finite laws of the Cosmos, while the nature of the realities of Life apart from such laws can only be left on the roadside. It is for the theologians and philosophers to carry it further, onward infinitely to the Absolute, from that point on.

(1) This is not simply an arbitrary preference, though, but that my mystic intuition dictates that in actuality all infinities subordinate to the Absolute Infinity (ie. “God”, “Oneness”, “Nothingness”, the pseudo-mathematical Omega) exist solely within a finity of the same nature.

(2) Comparable to the Einsteinian concept of time as a dimension of space (ie. the fourth dimension).

(3) For “God’s time is not man’s time” and God as creator or otherwise is beyond time itself. This transcendence is taken for granted but not understood by the average Judeo-Christian believer.

(4) A man’s life is but an instant to the eyes of God, as a Judeo-Christian would say.

(5) Consider the Law of Inertia. A mass traveling to any “edge” of the universe would not know how to continue. [Pardon the personification] How would it? It could not go further, since there would be no place beyond, and yet the would be nothing beyond to deflect it back inward or even do so much as put the body to rest.

(6) Theoretic physicists would call its shape in four dimensions a “hypersphere”.

(7) In perspective, the Earth is about 5 billion years old.

(8) This takes place by the same opposing forces that reversed the universe’s expanding to contracting, 40-some billion years before the Big Stop.

(9) The laws of nature (with or without a divine design) I believe not to be arbitrary, though. Only one combination of physical laws is possible without there being inconsistency. More simply, no cosmos with any other rules could exist.