{Originally published in This Land Press}

I originally joined the Peace Corps out of college. They invited me to serve in Somalia, a country I had never heard of. The invitation package had pictures of camels in it, so I looked it up and found Somalia was not Samoa. Fine, I thought: exotic Africa instead of exotic South Pacific. I taught tough Somali boys in government schools. They wanted to learn something every day that would apply to their passing the British Overseas exams. Very demanding students. No respect for anyone unless they saw a good reason for it. Somalis were, and still are, tough nuts to crack. 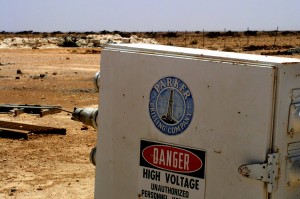 Life in those first days in Africa was complicated in ways I had not anticipated. No stereotypes worked. No Tarzan and Jane or swinging vines. No obedient students, no Missa Luba. No Bogarts or Hemingways hanging around plush hotels. Just a lot of spare time to think about it all. “Doing good” became an idiotic reason to stay, a narcissistic illusion.

My focus turned to learning what I could from the Somalis, as much as teaching them book knowledge. I could read books in English, diagram sentences, conjugate verbs. They could find hidden water holes, read a trail, read danger in the sounds and movements of their animals, read the weather by smelling the air, read gentle gusts of wind and shapes of the clouds, read the sky at night to tell time and direction, read people by looking them in the eye with no fear. American settlers must have had the same skills.

Tom Belknap is a patriarch of the expat community in Nakuru. He has operated a water drilling company in South Sudan since the early 70’s. He is fully integrated in both Sudan and Kenya. And he rarely revisits the USA. After doing his conscientious objector duties during Vietnam, he came straight to Africa. He mentioned to me the first night we spoke that those survival skills in the nomadic Somalis were also true of the Sudanese. Nature first. The key to understanding and survival was to separate the universal aspects from the cultural aspects. The better you could do it, the happier you would be. Cheers to that.

Tom mused, “Sorta like Lawrence, you know? How Lawrence understood Arabic and the Bedouins and the rest of the British didn’t? How he was successful where the conventional types
failed.”

I agreed. “I know what you mean. They should study Lawrence of Arabia at West Point. Seriously.”

Nakuru, where I live now, is a bottleneck, a place to stop and set up fresh. It is the third largest city in Kenya. Masai and Kikuyu traditional lands are on either side of Nakuru. The Leakey family found prehistoric human bones here, on Hyrax Hill, on the edge of town. The tarmac main road passes the flower gardens at the foot of Hyrax Hill. It is the only paved road from the only port in Kenya. It connects the Indian Ocean to Western Kenya, Uganda, Rwanda, Eastern Congo, and Southern Sudan. There is no other reasonable way to get trucks or supplies into Central Africa.

The city has been populated by Kikuyu, Masai, Kalenjins, Luos, Luyas, Kambas, Kisiis and Somalis since independence. Neighborhoods sort themselves out by tribe in Nakuru. Every tribe has a community here. In the last ten years, a huge population of refugee South Sudanese, lots of Dinkas, has moved in to escape the conflicts in Sudan. The younger ones overrun the cyber cafes on my block in the old Langa Langa neighborhood. Now it’s a Kikuyu and Dinka neighborhood. Nakuru is culturally roiling, all mixed up with the local and international issues that come with tribes and languages and the times.
The Dinkas are generally polite in Nakuru and haven’t gotten into the gangs and glue sniffing yet. The real problem in Nakuru is the tension among the Kenyans: the Kikuyus, Luos, and Kalenjins. The Sudanese stay out of the crossfire. Those Kenyan boys marauded in gangs and fought with machetes and Molotov cocktails after the last election, made their debut on CNN. Next time they will be armed to the teeth, like Afghans or Iraqis. AKs, RPGs, and ammo are coming in from every side, though the Somalis are getting most of the blame for it. I fear IEDs.

So here we are in 2011. Colin Powell guided the Bush administration back then to agree to push for a referendum for secession of the South from Greater Sudan, to raise the “Sudan problem” up toward the top of State Department priorities. Rumors in Nairobi had it that he packaged up Sudan and a promise of $15 billion dedicated to deal with HIV/AIDS in Africa in exchange for his testimony at the UN legitimizing the Bush administration argument about the weapons of mass destruction in Iraq. He did appear squeamish during that presentation. The AIDS money was announced and the South Sudan priority was elevated.

Subsequently, the US used all its diplomatic ammo and threats of major military force to push President Bashir in Khartoum to agree to the referendum five years down the line. The five years were up in January 2011. Most of the $15 billion pledge has been allocated to the HIV/AIDS issue throughout Africa. Powell got something for his theatrics. He did believe in South Sudanese independence and he did believe in addressing AIDS in Africa. It looks like he won that battle, but not the war.

Sudanese families, separated, broken, but partially intact, scattered all over East Africa and the rest of the world. Our government stepped up its water well program and Tom kept busy.

Parker Drilling Company, long known as one of the world’s best companies out of Tulsa, had a rig numbered “195.” Chevron used that rig in the mid eighties to drill an exploratory well in what is now the disputed oil-producing area of Sudan. It was a great discovery well in one of the perpendicular rifts coming off the Great Central Rift of Africa. However, political instability and security problems kept Chevron out of production there for a long time. They eventually sold their Sudan interests to China. Chevron took the Parker 195 rig to Zeila, an old coastal slave port in northwestern Somalia, and drilled another exploratory well near the coast in another perpendicular rift. This became the first real good deep discovery well ever in Somalia. Ka-ching. The rig must have been charmed.

In 1989-90 Conoco and Phillips, pre-merger, wanted to drill another part of the northern Somali rift. Rift theory was booming. They had a 50-50 partnership in some huge Somalia concessions east of the Chevron Zeila discovery and they were very hopeful they would find the next big elephant oil field there. Did the Yemen Rift extend through Somalia? Did the great geological pull-apart, Africa from the Saudi peninsula, split the oil producing Yemen rift into two parts? You gotta drill it to prove it. Conoco and Phillips waited for that Parker 195 to come available. It was a “good luck rig,” it was in the region, and Big Oil is as superstitious as any other ordinary gambler. Happily for the geologists, Conoco and Phillips drilled their concession with Parker’s lucky 195. It proved the extended Yemen Rift theory just in time, right before the Somali dictatorship crumbled in 1991, and all hell broke loose. The downward spiral is still picking up speed there. The ConocoPhillips concessions are in Force Majeure status, hibernating.

Sitting in Nakuru, I feel like that Parker 195 rig must feel. War and suffering sweeping back and forth across my wake. I didn’t cause it, but then neither did the Parker rig. We were just there when it happened, quiet observers, the drilling rig and the development type.