I Am Not Going to Kill Myself, But Can We Talk?

{Opinion piece written in 2009 in response to the economic crisis and the suicides of five friends. Originally appeared on TheNewGay.net.}

Another one of my friends killed himself this week. The death toll is up to five suicides in three years. And counting. No need for you to say you’re sorry. Nothing you could have done. 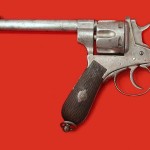 More than feeling sad I feel furious. I want to scream and yell like a motherf****r. But I can’t. Metaphorically my hands are duct-taped to my sides. And there is a gag around my mouth. And my face is being pushed into the dirt so violently I am barely able to breathe. I’m left with a sound we never seem to be able to get used to: silence. I am a bottle and I am compressing a ferocious and passionate silence.

Us Americans sure like noise don’t we? Noisy cities. Noisy clubs. Noisy coffee shops. Most people I know avoid silence all costs. And I do too. Here I sit in front of a computer until I am no longer able to hold my head up. I will fall into bed exhausted without the terror of laying coherent solely with my thoughts. Once upon a time I slept with many men in order to avoid the scary emptiness of those bleak and human-less 4 o’clock A.M.s. Eventually I found the behavior of most of these men so vile and despicable I am now unable to enjoy their soulless bodies.

I fear that we have been programmed to be optimists to the point that we are unable to process and acknowledge depression. This has led to a lot of recent inner-turmoil and conflict. What my intuition is telling me is much different than what almost everyone I know is telling me. It’s as if my eyes are seeing steel gray but most everyone I know is insisting I see pink. I fear I have lost my ability to differentiate color.

But when I eat at my favorite restaurants many of the booths are empty. There was room to move on the dance floor at a club that is usually packed shoulder to shoulder. My once modest apartment complex is further falling to disrepair. My mother is putting her rent on credit cards and it takes more than one hand to count the people I know whose houses are going into foreclosure. Down the street from me there’s a cute Mexican eatery. Two years ago the parking lot was at capacity but when I drove by a month ago there was a grown man with a mask and sombrero trying to lure in business. Their parking lot was empty on a Friday night. I had to pull over. I started crying.

Perhaps the most recent evolution of our species is the “it’s getting better” reflex. Much like our gag reflex prevents us from choking perhaps the “it’s getting better” reflex prevents us from acknowledging painful and serious truths. I am convinced that if the entire city I live in went out of business there would be some asshole proclaiming that things are indeed getting better, it just takes time. I am allowing myself the freedom to be scared as fuck of these uncertain times. I am allowing myself the freedom to say that I think things are going to get worse.

Has anyone noticed the social climate’s weariness and indifference towards sincere expressions of sadness and fear? Does anyone else realize the danger of reducing true angst to “being emo” and the damage that telling someone to “just get over it and cheer up” can cause? More often than not it seems these days that people respond to heartfelt emoting with sarcasm or humor. To avoid the snickering and jabbing often provoked by a so-called pessimistic expression sensitive people often choose to shut up and bury. Had my friend who killed himself last week posted “the world is really painful to me right now” as his facebook status how would we have reacted? Unfortunately I fear he would have had to deal with the same “just cheer ups” “go get wasteds” “life’s not so bads” and “quit being so emos” that I’ve encountered countless times.

We are social beings who are very capable of experiencing highs and triumphs together. So why the inability to fully embrace and understand our lows? Something that is buried still lurks under the dirt and sweeping away only moves dust from one spot to another. What will your reply be when I say that I truly fear our country and society are in trouble…even beyond the economic crisis? Will you invalidate my fear? Will you want to sit down and talk about it or will you tell me to “just dance”?

Lately I have been cutting down the noise. I lay in bed and battle the clarity of the things I think before I sleep. I find the idea of going to a club and engaging in escapist and pseudo-friendly behaviors repugnant. No, I really don’t need to go out and just have a good time. On the contrary I think people could benefit from staying home and building a relationship with themselves. Or talking with a friend one on one. Modern technology has given us the ability to communicate like never before while at the same time depersonalizing communication. Does anyone else recognize the danger of this? Isn’t it telling that there are no protest songs in the top 40?

I have witnessed a lot of people moving in the last six months. As the recession casts its gloomy cloud people are running. Some towards the noise and some away from it. I choose to stand still and silently observe.

If I won a beauty pageant I would not wish for world peace. I would not wish to end world hunger. I would wish for human beings to repress less and express more. I will go first: I am extremely lonely lately. I am confused and uncertain about nearly everything I once held true. I question the validity of art, music, friendship, culture, and love. I have an eerie feeling about the future of our country and our society.

2009 is a frightening year. I will say it out loud. And I will also say that my five friends who killed themselves should all still be alive. I am angry and sad that they weren’t brave enough to talk. But unfortunately I understand exactly why they didn’t.

In honor of my friends’ lives I have uninhibitedly expressed myself tonight. And now what I really want to know is…how are you?