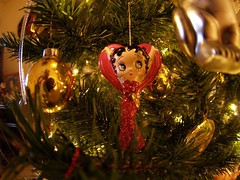 How can I lead an op-ed with two such contradictory statements? To make the point that we shouldn’t use the same words to mean different things. For anyone who works with ideas, clarity of language is absolutely essential. Ideas have consequences. Whenever the same word comes to mean two radically different things, how can we wind up with anything other than confusion, hurt feelings, and social controversy?

Politics are, of course, full of words that used to mean one thing and now mean something else. “Welfare” , which ought to be about helping people, now means something that doesn’t have much to do with helping anybody. Our “national defense” spending is now international and far beyond mere defense. The word “Christmas”, I would suggest, has suffered the same fate.

Christmas was declared a Federal holiday in 1870, through legislation signed by President Ulysses S. Grant. The bill mentioned only four holidays by name: New Year’s Day, July 4th, Thanksgiving, and Christmas. Throwing Christmas in with three secular holidays was a mistake we have had to live with ever since.

“Christmas” back then had only one meaning: The day Christians celebrate the birth of the one they believe to be the Savior of Mankind. But gradually, as America became a more diverse nation, the word “Christmas” acquired a second meaning: A day of secular celebration with a tree, stockings, gifts, family, Santa Claus, and Jimmy Stewart, along with warm feelings of peace, hope, and goodwill. This holiday is widely celebrated by a huge majority of Americans, regardless of their faith or lack of it. At the risk of stating the obvious, these two meanings are very, very different. That’s where the problems come from.

When committed Christians talk about the “true meaning of Christmas”, they mean the particular religious meaning they assign to it. They deplore the commercialization and secularization of their holiday, in my view rightly so. But December 25th in America is effectively a national holiday, so it has to be secular. If you are a serious Christian and want to restore the “true meaning of Christmas”, that’s you’re right to work for as a citizen in a country that constitutionally protects your religious freedom. But if that’s the kind of Christmas you want, then it shouldn’t be a holiday that our national government observes.

On the other hand, if you’re a secular individual who doesn’t like being told “Merry Christmas” by strangers who mean well, maybe your problem is that you aren’t sure which kind of Christmas people mean. If you knew someone who wished you “Merry Christmas” was using it only with the “peace, hope and good will” meaning, would you still be hot and flustered? I hope the answer would be no.

As a Jew, I’m one of the few people in America who does not observe Christmas in either sense. Even secular Christmas, which you might think anyone could observe, is seen by most Jews as an assimilationist risk. Instead, over time American Jewry learned to make a big deal of Hannukah, despite it’s being a relatively minor holiday on the Jewish calendar. If the word “Christmas” ever comes to mean “National Secular Winter Festival of Peace and Goodwill,” I’ll celebrate it in a heartbeat. Heck, I hope everyone would. But I suspect some of my Christian friends would be less than enthusiastic about the change.

In the mean time, we’re stuck. We try as best we can to get around the completely opposite meanings of the word “Christmas” with euphemistically named “Holiday Parties” and phrases like “Happy Holidays” or “Season’s Greetings.” These are admirable gestures. But they leave most of us, I think, with a sense of blandness and inadequacy, a sense that we would rather have said something more personal, something more meaningful. Thanks to a congressional mistake from more than a century ago, we can’t figure out how. My suspicion is that it’s impossible.

But I’ll try anyway. Pick whatever sense gives you the most joy. Pick the one that will convey your most sincere thoughts of happiness if things are going well in your life, consolation if things are tough, and our shared hopes for a better world. Merry Christmas to you, and a Happy New Year. See you in 2010.