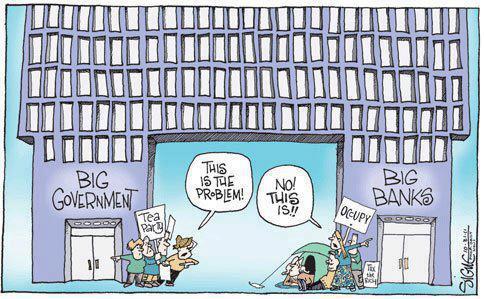 There’s been some awakening to what I realized years ago — the paradigm of businesses and government balancing each other out is a sham.  The Left trusts government to fix the world these days; the Right trusts a Free Market to do its thing as long as the government stays out of it.  Well, they’re both obviously delusional, and are starting to realize it if they can stop fighting each other long enough over what is the less of two intertwined evils. 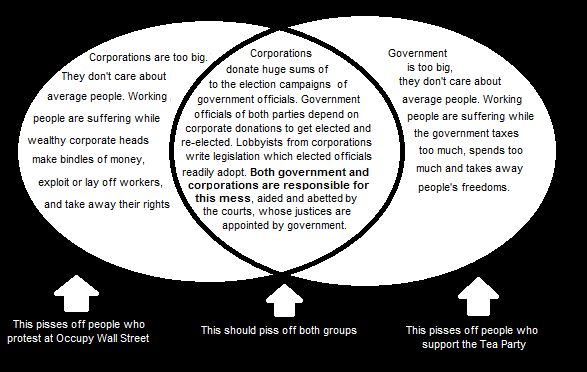 The [[Coffee Party]] has tried to bridge this gap between what their Progressive agenda and the Tea Party they often appear to loathe at every turn.  (After all, it was borne as an alternative to it.)  Unlikely allies?  I have argued from the start they have important things in common, though I have also argued who gets their particular way may mean the difference between totalitarianism and freedom. So how can this end well, with everyone happy?  Well, maybe that’s a fantasy, but the ideal world will come not only when they realize they have common goals, but a willingness to let go of what they themselves are protecting (big government or big business) as sacrosanct.