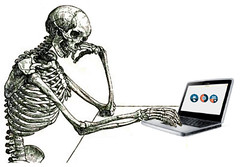 I can’t even say ‘I told you so’ on this one. It is no surprise to some of us that so many negative impacts are proving founded. But it’s web launch to become a nightmare of this magnitude?

You could fill a thousand screens with stories about crashes, confusions, and people just giving up. Many news outlets have scoured their readers in search of anyone successfully signing up, and in some places found none. The stock explanation for now has been that the demand is so great it’s overloading the servers.

First, even where signup hasn’t been problematic, the response has been underwhelming. Secondly, the release of official numbers on signups are being put off until the end of the month, and unofficial ones show a success rate of as low as ONE percent. We’ll see. At this point, I think third party trackers have a better handle on it than the feds.

The media buzz on it is deafening. CNN clenched the party line but admitted the extremity of the issues by direct trial and error. Forbes appears far more cynical in their assumptions, including concerns about data-gathering and privacy, and pushing for customized offerings to avoid rate shock. FOX finds estimates to be low (with detailed analysis from various agencies, both private and governmental).

In the meantime, several coders have deconstructed the sites in question and found that is was not in fact written by moneys as was originally suspected. Monkeys have been proven to be far more comparatively sophisticated in their ability to use JavaScript. Even the basic site architecture is leaving IT experts shaking their heads, saying that no amount of server capacity would solve what is being blamed on traffic volume. One weight in after another, we find decade-old technology patched like a sunk boat, with some finding amusing notes in the code itself. It’s the grandest amusement for geeks. Not so much for users.

And really — if this was about traffic instead of a doublespeak excuse to spin the positive of “demand”, why wouldn’t anyone with any sense whatsoever prepare for such demand? As one user points out, the ACA’s Facebook Page — which is filled with comments of frustration and desperation — is on a system that has no trouble with more viewers than the whole population of the US. One user writes [sic]:

“you should be rather embarrassed that your $600mm site will not handle a million users, while facebook, twitter, etc can all crush your site with performance and features fro a fraction of the money.”

Ridiculous. How could it cost more than Facebook or Twitter? Oh, wait, we’re talking about taxpayer money and ceilingless debt so it doesn’t matter.

The IT conclusion: One IT professional said that if his company had built the site, they would not only be fired, but sued. Many call for starting from scratch.

Maybe the political conclusion should mirror that.