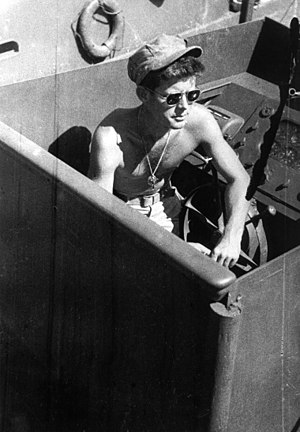 If John F. Kennedy would have posted this on Facebook, the NSA would probably have a flag on his name in their database somewhere:

Today, we need a nation of Minutemen, citizens who are not only prepared to take arms, but citizens who regard the preservation of freedom as the basic purpose of their daily life and who are willing to consciously work and sacrifice for that freedom.

And if anyone wants to make this mean something it does not, keep another quote of his in mind, one not so easily re-interpreted:

By calling attention to ‘a well regulated militia’, the ‘security’ of the nation, and the right of each citizen ‘to keep and bear arms’, our founding fathers recognized the essentially civilian nature of our economy. Although it is extremely unlikely that the fears of governmental tyranny which gave rise to the Second Amendment will ever be a major danger to our nation, the Amendment still remains an important declaration of our basic civilian-military relationships, in which every citizen must be ready to participate in the defense of his country. For that reason, I believe the Second Amendment will always be important.

Those against the 2nd Amendment often it is outdated, and for exactly that reason that there’s no need to defend ourselves from tyranny within, and yet Kennedy reaffirms it. Acclaimed as a poster-child for all things ‘Liberal’, the meaning of the word (or its associations rather) has apparently shifted — a lot.

What caught my attention most was the “civilian nature of our economy“. Was this another warning of the growing military-industrial complex? Or was it the role of society’s supremacy over a necessarily limited government, clearly demarcating the difference between The People and government so many ignore or even deny today? With regards to such wise and healthy separation, I don’t believe that is anywhere near as true today as it was before his time.

I’m not sure things were so peachy keen back in his day, but if we hesitate to embrace a Minutemen mentality in our trying times that truly are bending toward the tyrannical, then we have already pocketed or forgotten our most basic American values. And it is more proof that what is currently Liberal of Conservative are mere shadows of greater ideals from generations slipping into the obscurity of historical footnotes.