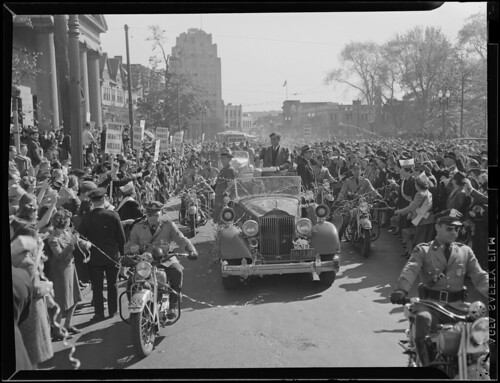 Many support the idea of public funding for campaigns as an alternative to private. I say we change the way we think about campaigning and it’s very legitimacy. And I have a better solution, one whose ideas are already gaining speed in some places (such as Iceland) and was trialed in America informally.

Thanks to technology, the cost of organized education and media is growing to zero. Public financing only solves part of the equation, and though defensible ethically, may not resonate with some American political values. But if it were done as open-source collaboration, the amount of even public funds would be small enough to not ruffle anyone’s feathers or question impartiality.

Consider something else: campaigning for president didn’t even exist for generations after the founding of the country. It didn’t have to, for reasons both pertinent and impertinent to this discussion.

But if we got rid of campaigning and simply allowed people to run for offices, be publicly vetted by the masses by collaborative fact-checking transparency reporting systems (most of which already exist), we could take the drama and personality out of it and re-focus on actual competency, let alone credentials, potential conflicts of interest, stated positions, voting records, and any other important, objective facts.

Again, most of this exists in some or another form, but it’s neither easily accessible to the apathetic voter, nor is there any connection to the actual campaign and voting process formally. Instead, even the best data gets contextualized by parties and their media/think-tank counterparts, rather than un-beholden researchers and broad-spectrum journalists.

My position is instead of tracking dollars or setting up yet another system that cannot be expected to watchdog itself, let’s go for the jugular are retire the whole diopoly paradigm.

Democratic process tends to work in small groups historically and not in big ones. But technology ameliorates group size considerations like nobody’s business. Without harnessing it — or simply harnessing it for propaganda and salesmanship rather — the process is as disastrous as … well what it is now.

Today, campaigning doesn’t even place people on the ballot except by support of a particular party, and even then, only one of the two established ones — with rare exception. There is virtually ZERO public vetting, only private vetting within party structure by processes the public is intentionally or circumstantially ignorant of. At worst it is conducted behind closed doors, determined by money supporters and special interests within the party — a prelude to K Street’s hand in affairs once in office.

Campaigning as Education. Or Not.

We could argue that the higher purpose of campaigning is education.  But however noble such intentions may be, it is one-sided brand awareness at best. How much can you learn from a lawn sign, anyway? What honest attempts at fairly informing voters is overshadowed by mud-slinging, highly colored data, hit-and-run lies, and nit-picked statistics. Even many times people claim to be combating such things I have found sadly to be just reverse-bias countermeasures under the GUISE of education.

At best, such marketing can claim to be educative, but it is perhaps disingenuous to say that advertising is a reasonable substitute for a non-biased civics forum such as VoteSmart and countless other political “consumer” advocacy sites. And as far as process, what I am talking about includes exploring e-Government initiatives, such as are examined by sites such as The Center for Election Science.

Real public vetting means anyone can enter the public’s eye, not just those working their way up in one of two clubs. You can pretend the average person, many of who don’t want to belong to one or the other party, has some nebulous say who is on the ticket, or blame apathy for not having the time to hunt down all the pertinent facts rather than “paid for by” sound bytes, but  that’s not the real world — at least at the moment.

As it stands, an infinitesimally small number of truly qualified people could ever be on the ballot, and qualifications are only debated after the fact, either in primary or general elections.

The main problem with fundamentally reforming the system instead of band-aiding it and saying “it’s good enough” is that we would have to leave “safe” ideas we’re used to behind.

It’s too much work.

I’m just glad the Founding Fathers didn’t have the same sentiment, recognizing sometimes you need a clean slate, a reboot, a startover. Some of us have finally accepted such a position and it’s only a matter of time before we can’t wait for “progress” to get even more out of hand under the notion it will be fixed by adding more patches.

But what if nothing will work because of apathy? Frankly, I see apathy as a symptom, not a cause.

Saying people aren’t trying hard enough to be educated on issues and platforms is an intellectual way of saying people are poor because they don’t work hard enough, and not succumbing to salesmanship-driven decisions is the political equivalent of saying you shouldn’t get sick if you don’t want doctor bills.

Yes, someone could become politically active to where they go to meetings and become committeemen with questionable ability to input (as I have), but that’s not a citizen’s job. The fact you may have to be a professional politician or spend countless hours as a devoted volunteer to even know who is being vetted before the slate is written is basically pre-disenfranchisement. If a poll stations were set up so someone in a city had to take a bus or walk more than a mile, there’d be an outcry, so why not focus on making it easier to have informed voters, before the slate is even drawn? Campaigning as it stands is more last-minute selling than informing, hardly the best tool for the job, with all the flaws of the money system to boot.

However, such delegation of these civic duties to those with more time and inside involvement, even in the best light, is no longer necessary with the tools we have now.

The Question of Parties

But this requires us to take us a step further — we must question the very need for political parties, or at least their role.

Like nearly any organization, a party does not work for the people, it is working for the specific interests and survival and growth of power for the party. That doesn’t mean some good can’t be accomplished or that some people are well-meaning about all this, but I would suggest the central goal of any party, any differences in ideology being equal, is to put on the slate people who can get more votes than the other guy and continue it’s own influence after the election and into the next.

But when a party “educates”, there is much noise about platform and issues, but in the end, the only truth that matters is the half that supports their man. And yet real “education” doesn’t require any of that, or rather requires it not to be this way.

Why Democracy Fails Us

As it stands, it’s far easier to vote than become even slightly unbiasedly educated, let alone hope to participate in ANY meaningful vetting so you can have choice other than those other people made for you.

And then there is about 40% of America (myself included) who could be described as politically conservative but socially liberal, and neither party has much to offer without a kick in the groin on some issues to go with a warm hug on others. I’d like to see someone defend the idea the two party system is an open market and tell us it’s that way because it satisfies enough of us when clearly it does not. A litany of very specific (and I argue intentional) roadblocks to opening up the duopoly are not a random conspiracy, but an overwhelming reality in nearly all states.

This is why democracy fails, and given current technology and motivations there is no reason it has to be this way — except it threateningly conflicts with the interest of those holding the red and/or blue reigns of the current paradigm. That may seem tin foil hat to the solidly entrenched, but it is an alternative to what may in fact be abject blindness and denial.

The world in which our system evolved and worked worked — or barely worked — is long gone. This is one way we cannot afford to not be “progressive”.