Medicare: An Honest Step in the Right Direction 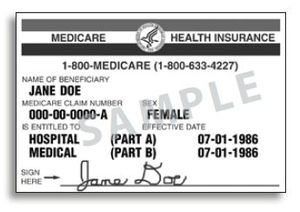 {This was originally a Point/Counterpoint article in the Colorado Springs Gazette, the “Right” point being from John Horner. Published April 27, 2011.}

Medicare and Medicaid are two of America’s worst social programs. Begun as small initiatives during the Lyndon Johnson administration, they have mutated into hideous monsters that will destroy everything in their path. Rep. Paul Ryan’s proposal is the first reasonable attempt to come to grips with the fiscal disaster these programs represent. The Democratic response is the definition of insanity: Doing the same thing while expecting different results.

Medicare is the primary federal medical program for elderly and disabled Americans. It works by reimbursing health care providers at rates decided through the political process. According to the Congressional Budget Office, Medicare cost more than $400 billion in 2010. This figure will double in 10 years, with Medicare spending overtaking Social Security in 10 more.

Medicaid, by contrast, is an income-based program administered by the states. Washington matches dollars spent according to a state-specific formula. States that spend more, get more. Anybody see a problem here?

Democrats would like you to believe Medicare and Medicaid are a social contract. They are wrong. Contracts require informed consent and a meeting of minds. No one in their right mind would agree to fund these programs if they knew how irresponsibly they were financed.

Medicare and Medicaid are funded through taxes on the young to support benefits for the old. The government’s own statistics report that over the next 20 years, the number of beneficiaries will grow by 75 percent, while the number of young workers will grow by 11 percent. This is unsustainable, and unconscionable. Far from being a social contract, Medicare and Medicaid are a transfer of wealth from young to old, successful only because the elderly have more political power.

Instead of proposing more tweaks to a bureaucratic system overrun with them, Ryan’s proposal would transfer Medicare funds directly to recipients and allow them to purchase private insurance. People always spend their own money more carefully than someone else’s. Ultimately, this is the only way to control costs, lower prices, and at the same time have rising quality of goods and services. That’s what markets do, if we let them.

The contention that private insurance would cost more than Medicare is nonsense. Government programs always cost more than private alternatives, it’s just that their costs are spread around, hidden or imposed on the less politically organized. Like, for example, our children.

A voucher or premium support system will reduce the “lobbyable moments” health care providers are so attuned to. Instead of competing by lobbying Congress, all those nasty corporations that the Democrats can’t stand will have to compete in the marketplace. Which apparently Democrats can’t stand either.

To reform Medicaid, Ryan would turn its federal matching provisions into block grants. States could no longer shift costs to other states (which is what the matching program does), and would assume all responsibility for expansion. This would eliminate perverse spending incentives and give state governments actual reasons to combat fraud and abuse.

Sure, these proposals aren’t wildly popular. Seventeen state governors have signed a letter against block grants (including Gov. John Hickenlooper), and most opinion polls among the elderly show opposition to changing Medicare. I’m shocked, shocked.

Block grants and health care vouchers are a massive challenge to the status quo. They trade the certainty of socialism for the uncertainty of liberty. They ask state legislatures and the American people to take more responsibility for themselves. Such steps are never popular. Asking the elderly (whose ranks I am rapidly joining) about Medicare is like asking tobacco farmers about tobacco subsidies.

But like it or not, saving America will require unpopular ideas. Our well has run dry, and we as a nation must recognize that wishful thinking embodied into law is still wishful thinking.

Ryan’s budget proposal is not perfect. It fails to cut military spending, and postpones critical reforms too far into the future. But it is an honest step in the right direction. It deserves our support.