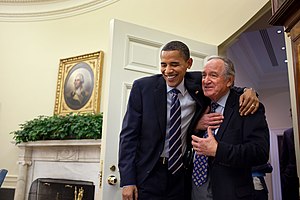 The devil is in the details. All new programs admittedly have problems, but the banter about them ringside is the real show. It was only a matter of time before widely predicted Obamacare problems would be just as predictably pinned on its opponents. Well wait no longer folks! Check out the claims and realities behind then, revealing that partisan finger-pointing is mental gymnastics to justify a combination of (forgivable?) problems and bureaucratic lapses in reason and action.

With the federal government “shutdown” fresh in people’s minds, the first trumpet call of blame regarding HealthCare.Gov was that Republicans curtailed necessary funding. They sure as heck tried. But every battle was won. In a series of budget overages totaling several hundred million dollars, the money was long spent before any “GOP Shutdown“, which turned out in the end to be the Senate extracting everything penny they wanted anyway.

Drastic Changes in the Law Over the Course of Development

The law, as gargantuan as it was, left plenty of administrative specifics out, to be figured out later. Some MAY have been partisan-compromised adjustments, but that is the way such things are supposed to work. In the end, the only major change was delaying the employer mandate. Ironically, this was done by unilaterally the man sitting in the oval office.

Another challenge to rolling out the system on schedule — which they did anyway not being anywhere near ready — were all the states that refused to set up their own exchanges, further burdening the federal system. Some talking heads consider this a major blow to Obamacare, but it seems to be mostly state versus federal confusion and disagreement that leaves no one quite sure what is going on. But yes, the burden is there.

However, the “I told you so” going around is that states that are using the federal exchange have higher premiums. But what are they telling us so? Are higher rates a consequence of their actions, do states run such things better than the feds, or is this some sort of punishment for predominantly Red States for defying Washington?

Bureaucratic Delays and Lack of Leadership

Let’s form a blame circle. The software companies say they were given many hundreds of pages of requirements, but many of those too little too late. The DHS says they were waiting up to half a year at times for the White House (leading up to the 2012 campaign) for necessary specifics. The White House says it was the DHS’s job to handle it. Regardless of where the truth lay, it’s not a battle between the parties. It’s bureaucratic (in)competence.

And what sort of leadership can be found in the DHS? Apparently, this phenomenon has a precursor in the record of DHS head Sibelius:

When Brownlee was appointed to head the state’s Department of Labor under new Republican governor Sam Brownback in 2011, she was tasked with cleaning up Sebelius’ technical mess.

“When I walked in the door at Labor [the computer update] was half-done. There were about 240 errors in work-around. It was not functional,” Brownlee said.

“The agency was spending more than $1 million per month on contractors and other things. So as soon as we found out how much was going out per month we had to shut that down. That wasn’t workable,” Brownlee said. “In the private sector, that would never be acceptable.”

Add to this potential conflict of interest with the main vendor, CGI Federal, a notorious no-bid contractor, and the plot continues to thicken.

So what can we conclude? Is this really about a bad programming project, or even public confidence based on a bad web browsing experience? Certainly not when we look at the causes above. The administrative bureaucracy who set the site up for failure is the same one that is already managing the program.

But it’s not partisan. The blame is. Redirection, distraction, and political opportunism are the name of that game.

The Republicans have tried every play in the book to defeat — some would even say sabotage — the ACA. But they failed. This train was designed in the semblance of a Republican governor’s legacy, put squarely on it’s tracks by a Democrat near-super-majority, signed and set in motion by a Democrat President, and yet those who refuse to ride the train or hoping it will run out of steam are lined up for stoning as if it is their fault.

But not everyone buys this. The more the consequences become apparent, the more even Democrat proponents are starting to agree on delays (or even initiating such themselves). Some are coming clean by repeating the manta that it isn’t what they wanted (single-payer) but it’s some step forward, at least for some people. The great defenders are curbing criticism by admitting “glitches” in the roll-out, crying about the complexity of it all and yet going live anyway, and even reminding us of other historical bad starts of programs that “America has come to Love”, such as Social Security. Whatever.

As vastly understated as such opinions may be, the real stretch is turning lemons of unsavory details into lemonade of partisan rhetoric. And if the strongest defense against all that’s happened is the government can be forgiven due to the complexity of it all, maybe they aren’t the ones for the job in the first place.