Because It’s Okay to Kill a Zombie … 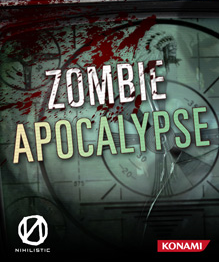 Federal disaster exercises using the much-in-fashion concept of a zombie apocalypse have been the cause of amusement and ridicule by the general public. And it is defended by a rationale that can be swallowed. But what of deeper, darker implications?

“The defining characteristics of zombies are that they’re unpredictable and resilient. That may be a good way to prepare for what the Pentagon calls asymmetric warfare,” Thompson said … Organizers can also avoid the pitfalls of using a mock enemy who could be identified by nationality, race or culture —  something that could potentially be seen as offensive. {Source}

I’ll start with a question.

Under what circumstances would our military and law enforcement open fire on citizens? Sure there are plenty of examples, from the [[Bonus Army]] to Kent State, but those were limited actions. But the general answer is solidly founded in social psychology. Motivating unnaturally violent action against groups of people requires fear (a sense of necessity) and such an illusion can only be sustained strong enough to keep pulling triggers by dehumanizing the target. Or perhaps “un-humanizing” it …

Consider movies like Star Wars. The bad guys on a battlefield have no faces. Think about it. Stormtroopers have helmets, and when the faces (or face, rather) is revealed, they are clones devoid of individual volition. Droids armies can be slaughtered because they are machines. Then there are insect creatures, hooded savages, ect.. Even in most video games, the bad guys are either alien or concealed of features.

So why would we really train people to kill using zombies as targets? Because they need to be able to kill without reservation. Zombies are the perfect gateway between particular-featured targets and the general public under martial law, unrest, or revolution.

And there’s one more reason to use Zombies. Because it’s nature is biological, the federal government gets to flex its CDC–FEMA muscles, and  that may include the invocation of the [[Rex 84]] camps, which were originally an evolution of plans to confront an American race war. Scary stuff.

So while talk of “asymmetric warfare” is accurate, perhaps the context is a pretext for something darker. The hesitation in killing what otherwise looks like everyday citizens is tempered by a little face paint, a dragged limb, and a fiction-based excuse to keep the rational mind at bay.

Let’s not be so concerned about the wasted tax dollars by a bad-movie-plot exercise. And let’s not think the Pentagon doesn’t know what they are doing. The worst thing for the future of a free America is if they know exactly what they are investing our money in.