Why You WILL Boycott Higher Wages 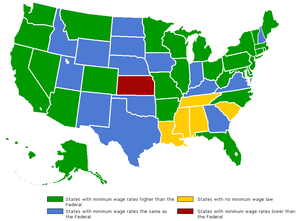 I’m not going to ask you to boycott places that demand higher wages. I’m going to tell you that you will. It’s not an order, but something you can’t help.

My wife and I were in Burger King this evening. Some irate woman at the drive-thru held up the line so long, everyone behind her parked and went in to order. Then we realized the line inside was long while it appeared only two or so people were working the whole kitchen.

I had to wonder if this was part of the whole fast food strike supposedly gong on in 50 cities nationwide. You know, the one where the media seems to only interview sob stories in Manhattan, where their demand of $15 an hour doesn’t seem as ridiculous because of the high cost of living there.

But I singlehandedly solved the problem locally, at least for us. We went to McDonalds.

Apparently they didn’t get the memo and had a full, courteous staff. Now I don’t know for sure politics was the case for our evening quest for a quick meal, but a certain truth remains: people go where they want, pay what they want, and get what they want. This isn’t un-compassionate, but a basic economic right that is not superseded by someone’s demand that a particular employer give them a “living wage” regardless of the value (or lack thereof) they bring to the table.

So what will be the result of such strikes? We won’t support businesses that have to raise their prices in Buffalo to accommodate someone’s supposed wage entitlement in New York City. We won’t go somewhere not to be served because the workers are stretching their bargaining legs. And when they find their place boarded up, they will get what they deserve, just like so many other union-locked companies locally and across the nation over the last half-century. The real victims are the “greedy” businesses.

It may sound cold, but consumers will ultimate send a message to such people, consciously or not: You can bite the hand that feeds you, but we’re not going to kiss yours and go hungry ourselves.