Change Mission of Our Military to Retrenchment 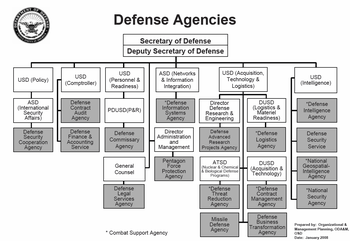 According to the outgoing secretary of defense, the spending cuts that went into place last Friday will produce a “hollow force … incapable of fulfilling the mission of the United States military,” Here’s a crazy idea: Change the mission.

The current budget cuts are “salami slices”: Horizontal, across-the-board cuts applied with little thought or strategic thinking. All missions are equally important, all foreign policy objectives equally worthwhile, every base overseas equally essential to America’s security. Meet the same mission as before, just do it with less.

This is not only foolish, but dangerous. To keep the mission unchanged without providing the resources to do it is a recipe for mission failure. It encourages dangerous shortcuts, it lowers morale and it puts troops at risk. Shamefully, it exploits our military’s well-known professionalism. If Congress tells them to make the same number of bricks with one-fifth less straw, they will stand up, salute and say “yes sir.” Then we can all feel comforted in our illusion that the problem is solved.

Instead of the usual gibberish like “cutting waste” and being more “cost conscious,” we need an honest discussion of what our military is for. We need to establish which strategic objectives are most important, which ones are beneficial to pursue, and which ones are going to have to fall by the wayside because we just can’t afford them. Instead of horizontal slices, we need vertical cuts. In other words, we need retrenchment.

Retrenchment isn’t a new idea in the history of nations. It’s just new to America. Writing in the widely respected journal “Foreign Policy” in the winter of 2011, before newspaper editors could spell “sequester,” political scientists Joseph Parent and Paul Macdonald wrote on this very topic. In “The Wisdom of Retrenchment,” they point out how other nations managed to do it when times were tough, and it enabled them to eventually prosper.

But in order to do this, we as a nation have to fundamentally rethink what we want our military to do. What is most important? Let’s start with a name. It’s called the Department of Defense.

I don’t know, maybe I’m crazy, but I think that means the military is supposed to defend something. I would suggest that it is the lives and liberty of Americans. Defending America means doing harm to those who do us harm, and offering credible deterrents to those who might think about it.

But it doesn’t mean nation building, in hopes of speeding up the progress of civilization. That’s a utopian fantasy. Nor does it mean trying to contain every nation with interests contrary to ours. *Every* nation’s interest is contrary to ours, in the sense that they put the interests of their citizens first. That’s what it means to be a country. The world is a messy, unpredictable place. There isn’t much we can do about that.

What does this mean in practice? Change the mission of our military to what it is supposed to be. Tell our allies to bear more of their defense burden. Find the overseas bases least important to keeping America safe and close them. Stop treating the military budget like a jobs program. Cut our forward deployments, reduce our global footprint. Not because of capitulation or cowardice, but because of common sense and, dare I say, patriotism.

We value the lives of our soldiers, sailors and airmen too much to squander them in fighting for peripheral commitments overseas, while the country they love goes broke.