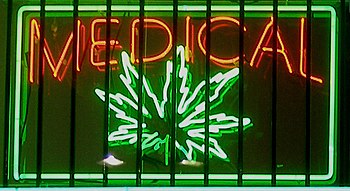 {Published in the Colorado Springs Gazette, November 9, 2013, as “Future drug policy should include more freedom to choose”}

It’s a warm and wonderful feeling to read The Gazette’s story about 6-year-old Charlotte Figi and “Charlotte’s Web,” the marijuana oil that appears to be safely and effectively controlling her Dravet’s Syndrome epilepsy. Her progress toward a normal, healthy childhood is a small but important victory for the forces of good.

But as heartwarming as the story is, it shouldn’t stop us from asking deeper, harder questions with much more disturbing answers. What about all the children with Dravet’s who died young these past 50 years? Why wasn’t an effective treatment available to any of them? Even as we cry tears of joy for the Figi family, shouldn’t we also weep for those whom our laws condemned to needless suffering and death?

Of course we should, and yet we don’t. That’s because we don’t know them. No novelist will set their lives in prose. No journalist will tell their story, and no screenwriter will pitch a movie about them. They can’t, because no one knows who they are. People who die because what they need to live hasn’t been invented yet are society’s lost victims. A silent, human tragedy.

This isn’t just about marijuana. It’s about the other side, the hidden cost, of banning any drug or any medical treatment. The distinction between the two, after all, is murky at best. Medicine is something you take to make you feel better, which is exactly why drug users take drugs. The distinction, presumably, is that medicine cures disease, or at least relieves symptoms, while drugs give you pleasure. But what about marijuana, which does both? That’s why we put the word “medical” in front of it. That means you’re not taking it just to get high, which means it’s OK.

We all know the cost of imperfect medical knowledge. In the late 1950s, it was discovered that the tranquilizer thalidomide, if taken during pregnancy, could and did produce children with malformed limbs (I went to school with one). The resulting outcry led to the Kefauver-Harris amendments of 1962, which gave the power for the FDA to make all drugs illegal until they were proved “safe and effective.”

The war on drugs and the “safe and effective” standard are a form of prohibition. One forbids the use of chemicals that give pleasure but are believed to be “dangerous” and “addictive” (with notable exceptions of caffeine, nicotine and alcohol); the other forbids the use of chemicals that are not designated “safe and effective” by a government agency. Ultimately, both of them rely on visceral, emotional responses to maintain legitimacy.

There just isn’t any substance we know, including booze, crystal meth, crack and heroin, that is guaranteed to turn anyone who takes it into a mindless carjacking maniac who will do anything for a high. The best evidence we have is that the effect of hallucinogenic drugs is a highly variable, complex interaction of genetics, chemistry and environment.

Similarly, the whole idea of “safety” and “efficacy” means something very different if you are dying of AIDS. Or suffering from Dravet’s. It may break our hearts to see desperate people try desperate things. But we are not helping them by making unproven drugs illegal. In fact, as Colorado’s legalizing of pot has shown, we can often help sufferers like Charlotte Figi best by adding a little freedom to the mix.

What would a sane American drug policy look like? I don’t have all the answers, and I know that the case of children is always problematic. But I think a brighter drug future has to include more freedom and personal choice. More warning labels, and fewer threats of jail. More legalization, and less prohibition. More focus on preventing harm to others, and less moralizing about people harming themselves.

For all our talk of respecting freedom in America, I’d submit that doesn’t mean much without the freedom to choose what we put in our bodies. That includes drugs that relieve symptoms or medicine that gives you a buzz.