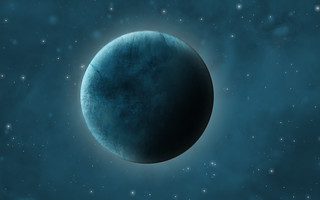 I would say we should step into the shoes of a (hypothetical?) extra-terrestrial to know how they might feel about us humans. But we don’t know if they have shoes, or feet, or perhaps even feelings in the same sense we do. So let’s play Star Trek.

What would make a good addition to the interplanetary community, like the “Federation” of Roddenberry? Or more importantly, what would make the inhabitants of a planet bad neighbors, the kind best left alone but good to keep a keen eye on in case they don’t stay put and cause trouble for others?

Forget if we’re worthy of invasion. Are we worth the trouble of attempting a dialogue that transcends the limited thinking of a planet-bound creature? Would we even make good pets, or are we just aware enough to resent captivity but not enough to not impose it on others (and ourselves) if we have the chance?

I say there are two primary observations most rational to evaluate a world: the active existence of the means of purposeful self-annihilation; and the ability to travel to other planets. The first one can be overlooked but determines how much the second is a problem that can’t be ignored.

The [[Drake Equation]], modified from more recent data showing the ratios of inhabitable worlds vastly underestimated, suggests there’s a vast, pervasive, galactic party going on. The [[Fermi Paradox]] appears to contradict this until we realize one thing: we’re not invited to the party.

And that’s probably a good idea.

If (when?) aliens visit our Pale Blue Dot, incriminating evidence is abundant. Sure, we haven’t worked out the whole environmental thing, but on nearly every continent are weapons of mass destruction. It may be no wonder to some why so many UFO sightings occur at nuclear facilities and missile bases in particular.

If this is known to an interstellar community, it is the damnable determining factor over all else. How could a species harboring such capabilities be determined anything but violent? Observing it’s in the hands of a few is not an excuse. On the contrary, it adds the charge of our species being unable to overcome such authority as would employ or even have such tools.

No, we’re not ready. So long as we demonstrate by the possession of the mechanisms of global warfare — between peoples of our own species nonetheless — it’s best we’re left alone to work things out. Maybe we were given hints that we need to rid ourselves of such childish toys.

Maybe when we reach out to other planets with more than [[Golden Record]]s we’ll start getting warnings. It’s one thing to not stir up a nest; it’s another to have to spray it because the hive is on the move. Let’s pacify and settle our home before it spills out into the streets. Let’s not be that guy. There’s too much to gain and everything to lose.