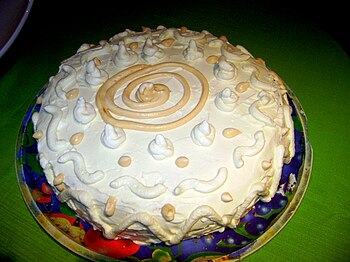 {Published in the Colorado Springs Gazette, December 12, 2013, as “Forced to bake a cake”}

According to the Christian Science Monitor and ABC News, Jack Phillips, the owner of Masterpiece Cake Shop, refused to bake a cake for a homosexual couple’s wedding ceremony. They sued him in administrative law court. Just last week, the judge ruled in their favor, telling Phillips that he had to serve gay couples in the future or face stiff fines. Phillips has said he would rather close his business than bake cakes for gay marriages. We’ll see if he follows through.

Phillips isn’t exactly a poster child for the sanctity of marriage. According to a Colorado Civil Rights Division investigation, Phillips was easily willing to bake a cake for the wedding of two dogs. This says a lot for what he thinks of homosexuals. But regardless of how ignorant or repugnant his beliefs are to me, or to anyone, baking a cake for money is an act between consenting adults. If either party doesn’t want to do it, forcing them to is wrong.

This shouldn’t be big news to the left, which after all when it comes to physical acts of intimacy is the first to champion the idea of consent and punish the lack of it. If one party doesn’t consent, it’s rape. End of story. Similarly, if both parties consent, then the state ought not to interfere. The biology of the individuals involved shouldn’t matter. I wholeheartedly agree.

But somehow, when money becomes involved, the left’s enthusiasm for consent disappears. Particularly if the party who doesn’t consent is a religious conservative.

Does anyone seriously believe that forcing a private business to provide a product or service to a gay couple is even remotely progressive? That it will help promote tolerance and acceptance? And why would a gay couple choose to do business with someone under those circumstances? Are the political points scored really worth it?

The question I and other libertarians always ask with issues like this is “Can we solve the problem with freedom and responsibility?” In this case the answer is an obvious “yes”. How about organizing a boycott? How about instead of taking away the right of a business owner to act on his conscience, why not exercise some First Amendment rights yourself with a sidewalk protest? Taking out ads in the local paper? Writing a negative review on Yelp?

In all fairness to the judge, his hands were probably tied. Colorado’s antidiscrimination laws are so broadly worded and filled with feel-good notions that even if he wanted to rule otherwise he probably couldn’t.

People are rightly repulsed by, and terrified of, the prospect of widespread institutionalized racism and bigotry, so they’ll support just about anything that claims to address it.

Well, I can. As repugnant as Phillips’ beliefs are to me, I find taking away his freedom to act on them even more so. America was founded on the idea of freedom of conscience. I think that includes the freedom to disagree with me, even on the issues that I am most passionate about. Especially on those.

Phillips and I are never going to hang out together. Frankly, I doubt we’d get along particularly well. But forcing him to bake a cake when he does not want to, for any reason, is wrong. No matter how you slice it.