No Longer Republican (But Certainly Not Democrat) 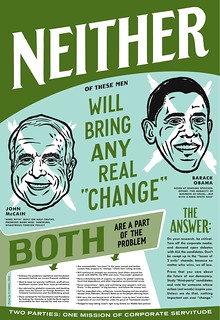 . I was never actually asked to hold the position, but they used me to fill in a vacant spot, which is common in our predominantly Democrat area. I didn’t mind, and other people who attended GOP meetings in my neighborhood even suggested I run for an office based on my comments and dedication with getting signatures and working polls. I was to be on the ballot to make it official this fall.}

I have decided to demit from my active involvement in the South Committee. In fact, I will probably be changing my affiliation to Independent or none at all.

Don’t get me wrong – I believe in what many of us are doing, and I certainly don’t want the City to be any more overwhelmingly Blue than it already is. I have often chosen affiliation based on being able to vote in primaries during presidential election cycles, and Republicans are under-represented in our area. I also could be described as more Conservative than Liberal, at least economically. That is why I picked this time and party to become more involved and learn about the political process first-hand. It was the only choice I could swallow.

However, I fear that I will look back someday and think any further involvement would be hypocritical given how much I have said and written against the two-party system and the general ideologies and endemic civic offenses of both parties. In fact, I am surprised my growing body of political writing had not raised any red flags on this point. Anyway, I don’t regret supporting the local GOP, and I know it doesn’t necessarily fall in line with those aspects of the national platform I will not support, but I think my time of supporting the current system at all is done.

I don’t think poorly of anyone’s decision to work meaningfully in what is left of politics consistent with a free society. But for me, the Revolution can’t come soon enough, and it is my hope that everyone will be brought to task in my lifetime, regardless of what side of the aisle they sit. At the very least, the two party system – where neither party represents hardly anyone issue for issue – must end, and as soon as possible.

Again, there is no loss of respect for you or the fine people I have met. I will continue to support some Republican candidates and issues as my conscience allows. But my energies and intentions have drifted just far enough to have to part from any official relationship. I hope you understand, and I hope to see you around.