The Politics of Lesser Evils

I just saw a patriotic-looking bumper-sticker that said “Not A Republican”, with small credits on the bottom to Democrats.Org. If this doesn’t make a more blatant statement about today’s inane partisan politics, I don’t know what can. And for those who need the dots connected, I am referring to the substance-less quest to win by not being the other guy. 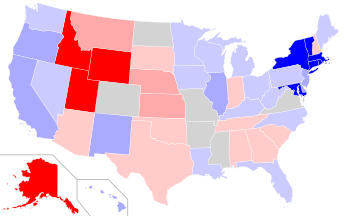 Yep, that’s all they got. Their biggest selling point is that the competition isn’t an option, or even a solution at all. The mantra of the Democrats today is that Republicans are the party of “no” and don’t have alternative solutions to various problems. This is a half-truth of the former and big fat lie on the latter, but even if it were not the usual propaganda, it reveals the mentality I speak of. We should drink their Kool-Aid because we’re being told the other guy isn’t offering anything else to drink.

Of course, Republicans are counting on displeasure over the Healthcare debacle to paint a few blue seats red in upcoming elections across the nation. (On a similar note, even the thought that Obama is after our guns — inaccurate or not — made him the firearm salesman of the year.) Incumbents get booted because they did something that can be used against them, simply because the next warm body doesn’t have that stain on his shirt — yet. Sadly, that’s how things work: We don’t vote in people we like; we vote out people we hate.

And sadly, the determining question over the next shift between Right and Left is if the Republicans be just un-evil and un-ignortant enough to make not voting Democrat worth it. With how “progress” has been, you’d think their job would be easy, but they just can’t seem to not step their foot in the proverbial puddle, any more than their opponents can’t do pre-Common Core Kindergarten math on the economy.

I suspect the vast majority of Democrats tolerate or rationalize away their horrible policies simply because they fear far more a theocratic crackdown on civil and social rights with burning Mother Earth at the stake to boot. Republicans tolerate heavy-handling of social issues so long as their own personal and private rights aren’t violated and the Free Market isn’t under constant attack and taxation. Neither side seems to even care we have become a surveillance state with increasingly militarized law enforcement — except when it’s done under the administration of president they didn’t vote for. Even about something as simple as foreign wars and drone strikes, the hypocrisy is staggering.

Really, that is what the bumper-sticker is screaming at us. It indicts us as grossly apathetic to one set of evils being rammed down our throats to avoid having to swallow another. What kind of choice is that? How can anyone identifying with either party imagine they are taking the higher ground just because their downward slope doesn’t feel as steep as the other path? No, Democrats and Republicans are ultimately the same in nature, if not in particulars — they are party to a broken system where any injustice or insanity can flourish so long as there are enough people who don’t want other evils.

If we want to fix this, we need to start with ourselves. And that means an honest acceptance of the strengths of Liberal and Conservative (and Libertarian, and Green, et alia) approaches and compromises to the challenges we face. If you vote with fear or loathing on the other guy losing more than a good man winning, you’re part of the problem and need to consider other options. The two-party system will be the death of us if we keep feeding it our contributions, our speech, and our votes.