Why We Rewrite the American Revolution 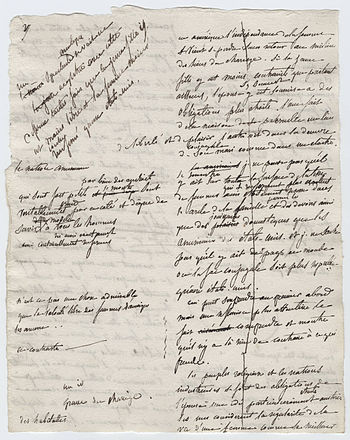 The schoolroom version of history tells us that America wanted to be free of oppression, economically and politically. This is evident in the Declaration of Independence and the Bill of Rights. But of what import were these two motivations, namely that of liberty and mammon?

I suggest that it was taxation cutting into colonial capitalist profits that broke the camel’s back, not specifically the human rights (populist) issues.  The movers and shakers — the “working rich” independent of the European money clubs — that lit the powder keg.

There was much industriousness from the start (and De Tocqueville will attest to this in detail) but economic status was NOT a determination of social status like it is today.  Modern America has truly fell back to old mentalities, forgetting who she is.  Yes, it could be argued that America at first WAS a classless society, though only within the stronghold of fair skin and masculinity admittedly. Otherwise, it was a true meritocracy with much mobility (potentially even if not taken advantage of by all) that still holds much sway in the free marketplace today.  But it slipped by increments unnoticed into another rigged game over many generations — the massive intermarriage of political and economic interests.  I the 20th Century we saw its face in the industrial-military complex Ike brought to our attention.

Yes, a revolution must be in the fundamental attitudes of the people, but that is what has been lost. We were NOT founded on entitlement. We were founded on the right to be left alone.

Here’s where many seem to be confused: When I say “rich” I don’t mean the 1% people speak of because that is not the real target of liberal economics to excuse ridiculous spending.  The rich are a majority of millionaires and above who weren’t born into it and create the jobs, ones that unions think they can dictate the terms on without consequence to us all.  The protests in Wisconsin over employment benefits in 2011?  THAT was the envious cry of entitlement speaking.  That is the opposite of the cries in the middle east for real reform.  And yet the Saudi King is desperately trying to bribe the people with more social programs.  Sound familiar?

The middle class is being divided into “poor” and “greedy” by the rhetoric of taxation — the poor refers to the voter and the rich refers to anyone better off than you, nothing more.  The top 10% already pay nearly half of all taxes on top of vast philanthropy — argue over if other people deserve their success if you like, but that’s a statistical fact.  Any “tax cuts” are SAID to benefit only the “top 5%”.  This lie is repeated each and every time other politicians actually want to be fiscally responsible with taxpayer’s money.  The Bush “tax cuts” included almost anyone above the poverty level and the post-9/11 economy turned around in WEEKS like clockwork.  By that definition I’m rich.

Yes, Corporatism is evil.  But the rhetoric about helping the poor by stealing from the rich is a lie even if it might be just on some level.  The middle class is being taxed to death and being called “rich” while the NON-working people of this country are told it’s someone else’s fault they can’t pull up their bootstraps.  The bottom line is that no matter how much you tax, it will never be enough because we already spend more on education and a thousand other things than other countries and have nothing to show for it.

No, throwing more money at it — rich and / or hard working people’s money — is a loser’s excuse for government not being accountable for its spending and results.

But revisionism is the ultimate historical insult to economic injury. To excuse these mistakes, we must overturn the lessons of our past, and deny the values and intentions of our very existence as a nation.

{Based on an online conversation in September 2011}