The Other Side of the Current Immigration Crisis 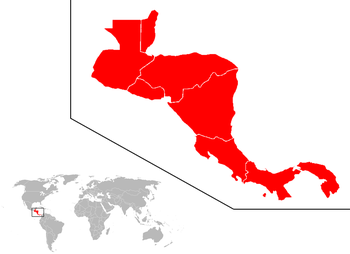 The immigration debate has taken a monumental turn. This time, we are talking about an increase in the number of unaccompanied illegal/undocumented children immigrants from the Northern Triangle of Central America – Guatemala, Honduras, and El Salvador. After interviewing some of them, the Office of the United Nations High Commissioner for Refugees (UNHCR) declared that they have very powerful reasons for fleeing their countries – mainly, escaping the criminal violence of street gangs. Many of these minors have emigrated to Mexico, Panama, Nicaragua, Costa Rica, and Belize (combined, they register a 432% increase in asylum applications from these immigrants since 2009), but most have gone to the US, where the situation has evolved in the usual way all immigration situations evolve: as partisan fodder. Undoubtedly, at a time where Republicans and Democrats talk at each other and not to each other (if the current ideological cacophony can be described as “talk”), how the White House and House Republicans have handled the appearance of these immigrants, particularly the unaccompanied minors, only serves to underscore how dysfunctional is the US government right now.

That, however, is another story. The criminal violence these young immigrants are escaping from has been mentioned in mainstream media outlets such as The New York Times and NBC News in all its disturbing detail, but it is equally important to make sense of it as an indicator of poor democratic governance. Even if they are too young to actually vote, these children are voting with their feet just by leaving their countries because they fear for their lives, which is why the UNHCR opines that their rights should be protected by all receiving countries (including the US) as dictated by international agreements. When looked at from the standpoint of democratic governance, this immigration crisis goes beyond the argument around whether President Obama’s decisions or lack thereof created it or not. This is a major vote of no-confidence against the governments of Guatemala, Honduras, and El Salvador.

The extent of this no-confidence vote can be clearly seen when we bring again the concept of democratic governance. As Scott Mainwaring, Timothy Scully, and Jorge Vargas said in chapter 1 of Democratic Governance in Latin America, democratic governance means that a government democratically constituted is able to deliver public goods that enhance the rights and well-being of citizens. Liberal democracy may be the way to form governments in the Northern Triangle (not without considerable flaws), yet its countries are not at the top of the scale when it comes to certain public goods. To wit, in an index developed by MS&V to measure Latin American democratic governance, Guatemala has the lowest education score in Latin America (37/100), El Salvador has the lowest job creation score (28/100), Honduras has the lowest poverty alleviation score (5/100), and all three countries score below 50 in economic growth. Moreover, Miami Herald columnist Andrés Oppenheimer presented statistics from the Inter-American Development Bank revealing that 27% of Guatemalan teens, 40% in Honduras, and 41% in El Salvador finish high school, adding that the percentage of “ni-nis” in Honduras (youths who neither study nor work) rose to 25% over the last 10 years. Also, according to the 2014 World Development Indicators, 53.4% of Guatemalans and 64.5% of Hondurans live below the national poverty line, and the gross national income per capita reaches $3,720 in El Salvador, $3,340 in Guatemala, and $2,180 in Honduras.

Of course there are other factors playing a role in the onset of gang violence in the Northern Triangle, such as deportations and the US war on drugs. Some insist that the coup of 2009 deepened the governability issues in Honduras by weakening the government and unleashing corruption, creating a fertile ground for gangs. Still, there seems to be a correlation between gang violence and this dismal scenario for democratic governance insofar as the latter show a serious lack of opportunities for Guatemalan, Salvadoran, and Honduran young people, many of whom end up joining the gangs and embracing a life of crime. In fact, in her 2009 working paper “Urban Violence: A Challenge to Institutional Setting”, Laura Tedesco says that socioeconomic exclusion after the democratizations of the 1980s and 1990s – in the form of lack of access to education or training in skilled jobs – is closely connected to urban violence in Latin America, although it is not the only possible cause. Some might even say that it is not about government inaction but governments implementing the wrong policies. They see in the gangs something mentioned in Alejandro Portes and Kelly Hoffman’s 2003 study of class structures in Latin America: a response to pauperization under neoliberal economics. According to Tedesco, pauperization leads to marginalization and the resulting hostility finds its visible expression in gang activity.

The aforementioned indicators of poor democratic governance in Guatemala, Honduras, and El Salvador seem at first glance to connect with Robert Rotberg’s “Failed States, Collapsed States, Weak States: Causes and Indicators”; after all, failed states are characterized by rampant crime and only offer economic opportunities to ruling oligarchies (like the Salvadoran Fourteen Families). It is certainly tempting to give these states a failing grade on account of all that, but to characterize Guatemala, Honduras, and El Salvador as failed states is an exaggeration. The problem in the Northern Triangle is not the kind of political violence that characterizes Afghanistan, Syria, and Iraq or that the state has completely ceased to deliver public goods. Those two aspects are what Rotberg presents as the main characteristics of a failed state. The problem in the Northern Triangle is better understood through another category described by Rotberg: weak states. A weak state can have fundamental economic constraints (shown by the low scores on economic growth) and management flaws (the tax base in Latin America is notoriously small), but most importantly its ability to deliver public goods is diminished (it is assumed that this ability nevertheless still exists); for that reason, this category is more consistent with the idea of poor democratic governance in Guatemala, El Salvador, and Honduras than that of a failed state.

Finally, should these unaccompanied minors be treated as refugees? Supporters think so. The UNHCR, however, has a more nuanced view. The 1951 Refugee Declaration and its 1967 Protocol, the main international instrument on the matter, define a refugee as somebody who “owing to well-founded fear of being persecuted for reasons of race, religion, nationality, membership of a particular social group or political opinion, is outside the country of his nationality and is unable or, owing to such fear, is unwilling to avail himself of the protection of that country…” (emphasis added). Many unaccompanied minors have been threatened with harm or death if they do not join the gangs, but under this definition they would not count as refugees. Still, the UNHCR believes that some individuals who do not meet this or any other definition of refugee but nevertheless are not receiving protection in their countries of origin are entitled to a process to review their eligibility to a formal legal status for whatever period of time is necessary to ensure their safety. Because they are fleeing serious harm, these minors are entitled to such protection by all receiving countries (all of them are parties to the 1967 Protocol). Sadly, with its interest placed on deportation and not in providing sanctuary, the possibilities of the US actually honoring its own commitment are not good.

In the end, as far as the Northern Triangle is concerned, this is a shameful black mark, a boisterous call to action to improve governance. The future of the region is walking away. Literally.