The Other Side of the Immigration Crisis: An Update 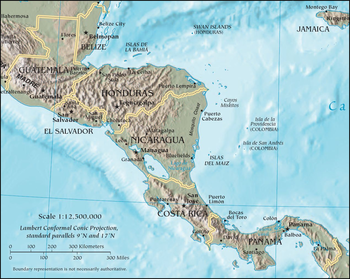 The crisis at the southern border continues unabated, without an apparent resolution and with Congress about to recess for the summer and get into high gear afterwards for the November midterms. The politicking around the wave of unaccompanied minors reaching the US also continues, with the Republican House unwilling to approve the funds President Obama has requested to deal with the problem. That was certainly to be expected, not just because bipartisanship is now so last century but because they continue to “mistrust” Obama with enforcing the border and want to see more deportations, as if Obama has not been already establishing the world record in that category. Certainly, what makes the GOP’s response to the crisis so shameful is that it thinks the law is more important than the rights of these unaccompanied minors and acquiesces to those who spread fears of swine flu or the Ebola virus being introduced by them – and has spread those fears as well.

Meanwhile, the meeting between President Obama and the presidents of Guatemala, El Salvador, and Honduras turned out to be very interesting. On the one hand, Obama told his Central American counterparts that their countries, as well as Mexico, have to do more to stop the flow of illegal/undocumented unaccompanied minors to the US. In other words, this issue is not America’s fault. The Central American presidents were quick to argue otherwise: Critical aid under the US-concocted Central American Regional Security Initiative (CARSI) was being retained by none other than the US (in turn, the US alleges that the reason for not sending the funds is that these governments have not made much inroads against corruption), an ambiguous US rhetoric about immigration is encouraging human smugglers to spread misinformation and rumors that incite illegal/undocumented migration to the US, and the violence in their countries is caused by a drug traffic fueled by US demand for illegal drugs. This heckling tone of the Central American presidents was more subdued after the meeting, which Guatemalan president Otto Pérez described as satisfactory and cordial.

But perhaps the highlight of the visit to DC was delivered by Honduran president Juan Orlando Hernández, who declared:

Washington must understand that a violent Central America due to drug trafficking and organized crime, without opportunities, without economic growth, will always entail an enormous cost and an enormous danger for the US. But if on the contrary we have a prosperous Central America, at peace, with economic growth and security, it will be a great investment for the US.

We all know that Latin America is currently not a priority to the US (a reiteration of which can be found here), so the idea behind this statement is to convince the US to pay more attention to the region. The problem is how the US should do so. Maybe President Obama wanted to give constructive criticism or encourage Guatemala, Honduras, and El Salvador to work toward a solution to the problem, but if the opinion of the three Central American presidents – that the US forgot about its share of responsibility for the wave of unaccompanied minors crossing its southern border and, instead, reprimanded them – is founded, the conclusion is that what the US understands as renewed partnerships with Latin America simply means that the region should gear itself to satisfy US interests, and that is not the correct message for the US to convey. It does not mean that the US should not pursue anything for itself when dealing with others (neoliberalism suggests otherwise), but something different and much fundamental. A real partnership with Latin America requires the US to actually listen to Latin America and not just the other way around. Ariel Armony said it best a while back: One thing is for the US to proclaim an era of stronger partnerships and another is to actually behave thusly. As a problem made more daunting by globalization, human flows like the wave of unaccompanied minors coming from the Northern Triangle into the US are not well suited to asymmetries like those that continue to characterize US-Latin America relations.

Apologists of the President may insist that he had a valid point in pressing Guatemala, Honduras, and El Salvador for action; after all, as I said in the last blog, this crisis is best understood as the result of poor democratic governance in those countries. That is not innuendo or a fabrication – the 2014 Development Indicators for these countries are not stellar. A take more sympathetic to Obama may ask, for instance, how is it that almost nothing has been achieved regarding education, job creation, and economic growth after years of development strategies created by the Inter-American Development Bank and the Guatemalan, Salvadoran, and Honduran governments; or also take sides with the US government in its delaying of the long-awaited CARSI funds. Nobody is letting these Central American countries off the hook, because not every trigger of this migratory crisis can be blamed on the US and Central America simply cannot depend on the US to solve its own problems. But on the other hand, Obama’s statement gives room to second-guessing and neither does it help the Northern Triangle nor will it will necessarily hasten the search for solutions.

Rather than scolding Guatemala, El Salvador, and Honduras for not doing what they were supposed to do, or at least giving that impression, President Obama should have announced the establishment of a big, multilateral plan to stop the flow of unaccompanied minors at its source, which is Central America itself and not the US border. Screening these minors for refugee status in their countries of origin, as Obama proposed for Honduras – and, so far, only Honduras – will not do it because it does not address the real causes of the problem and, as I said in my past post, the minors in question will not meet the UN definition of refugee. Instead, it only outsources the problem to Central America. The better plan should include innovative rather than paramilitaristic policing, increased access to education along with an improved education system, and economic policies that do not limit themselves to growth and aim at real equity. Those are the policies the US should support and Northern Triangle governments should commit to implement – not to the US, but to their own children.