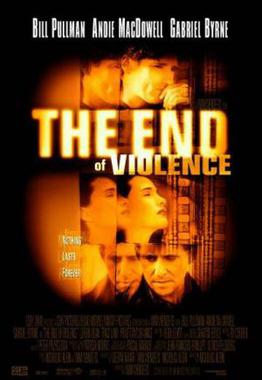 If guns are really inherently a problem, a cause of violence, then why do police have them? They’re only for “killing”, right? Some people actually unthinkingly mouth this, glaring contradictions aside. But any time you can breach the emotional reactivism and force someone to admit the numbers, it’s common sense that guns save lives, and not just in the hands of the military and law enforcement. And they save lives in numbers that far exceed deaths.

In the [[2013 Alabama bunker hostage crisis]], for example, Charles Poland wasn’t a hero. He’s a martyr, and I mourn him and even applaud him for making a gunless, futile effort. But if he had a gun, and protected the children in his care, he’d be a hero. We won’t let him. And for unbelievably dumb reasons.

Before I go farther, I want to iterate that tragedy shouldn’t be politicized — it’s just unrealistic to expect that the extremes of either side will keep quiet and not defend their agendas. I don’t want to hear from the NRA any more than the crazies who think they can wishfully legislate us into a better place. This isn’t about Right or Left.

But we need to stop dealing with every incident as a “larger problem”. The only larger problem is that people are not perfect and not all are good and bad things happen. And the more we try to fix that, the more we make it worse.

Want to curb urban violence? Promote fatherhood and bring real, palpable shame back to teenage motherhood. Protect and support local businesses and other employers. Invest in education, and not merely by throwing money at it. Want to make it worse? Legislate everything else but the real problems. Take the easy way out and pretend you did your civic duty. Purporting to legislate away violence by targeting guns is like giving lifeguard lessons at the water treatment plant. It just makes no sense.

Without guns, violence persists; without violence, guns are more harmless than swimming pools. Guns don’t make killing easier, just louder. Guns have saved lives; the absence of a gun never saved anyone’s life. It only changes the mode and method of the homicidal and suicidal, without ever having to deal with the human being behind the trigger. It hits too close to home, to a place we must not imagine ourselves to be. So we blame the gun and say it wouldn’t happen to us.

So if you talk and vote and organize around guns as an issue rather than a circumstance, you might feel all warm and fuzzy and justified, but have no right to go to sleep with a clear conscience. Your support against guns makes everyone less safe and us no better as individuals or as a society.

I would beg us to consider the alternatives, namely doing things to actually better ourselves and our world, not merely in intention, but in reality.