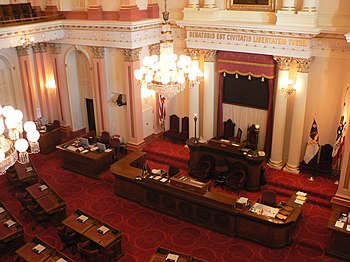 California State Senator [[Leland Yee]], an advocate of gun control that includes banning “assault weapons”, is being indicted for arms trafficking. Under the din of shouts accusing him of hypocrisy, a quieter, more truthful lesson is being overlooked.

He wasn’t disavowing his stance against gun violence; his legislative efforts based on purported beliefs were the means by which black market opportunities arose. Such lucrative gun running would be impossible if it were legal. It’s the as yet unlearned lessons of [[prohibition]], without which the fortunes of the Kennedys would have been naught.

Plainly put, a legislator made something illegal so he could deal in it illegally. The peripheral lesson? Regulation empowers corruption. Not all of the time, or in this particular way or degree of illegality, but much of the time. As one federal congressman once remarked, you can’t raise campaign money from people you don’t regulate. There’s no reason for graft and bribery, no reason to buy legislators if they can’t wash the other’s hand in return, or at least agree not to harass them.

So money changes hands from corporations and unions and other special interests to politicians and their parties and PACs, and then back in the forms of subsidies, protections, highly crafted market one-sided advantages, and even state-sponsored rosters of who is allowed to play and who is not.

In places like China, we hear about how political corruption is rampant. Individuals are caught and dealt with all the time. Arrests like Yee in California are rare, and we don’t talk about corruption all the time here. Why? Two reasons: (1) Most of such activities are perfectly legal, institutionalized, in fact, and; (2) We take it for granted and desensitized to it.

But we will not learn any lessons from this. We will see this as a solitary politician going too far, instead of one who simply slipped up in how to “legally” play the corruption game that is part and parcel to American politics. He will

be vilified; the equally guilty system will continue to get a free pass.