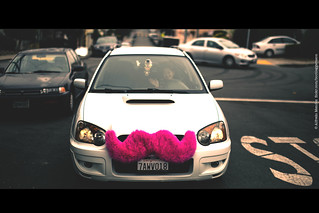 “Technology always runs ahead of the law. It’s the job of scientists, engineers and entrepreneurs to make politicians’ lives difficult.”

I’ve tried to make that point to students for the past 25 years, because I’ve seen so many examples of it. Now that ride sharing services like Uber and Lyft are coming to Colorado, we’ll see this in spades.

Entrepreneurs are using technology that didn’t exist 10 years ago to make people’s lives better, by coming up with new ways for consenting adults to get to where they want to go. This upsets people.

That’s why the Colorado Legislature is considering Senate Bill 14-125. It immediately places car services under the authority of the Public Utilities Commission, requiring them to get permits and jump through a series of regulatory hoops before being granted the privilege of improving the lives of Coloradans.

Of course, on the surface, bills like this seem perfectly reasonable. Everybody knows markets are imperfect. That’s why we have regulations and regulatory agencies: to protect the public. But here’s the kicker: Regulation is imperfect too.

Regulators don’t always balance costs and benefits well. Nor are they always staffed by wise and impartial government employees. In fact, the rules they implement and enforce are often written by the interests they’re supposed to regulate. (Economists call this “regulatory capture”).

Sure, that’s not how it’s supposed to be. But if we’re going to deal with markets and capitalism as they are in the real world (and not an economics textbook), shouldn’t we hold regulation to the same standard?

For example, SB14-125 specifically forbids companies like Uber and Lyft from accepting “street hails,” where a customer sees one of their cars and flags it down. That language is blatantly anti-competitive, put there by taxi companies who see these upstart firms as competition. Which of course they are. But since when in Colorado is it OK to threaten competitors with jail, simply because they might offer a better product at a lower price?

Before we try regulation, how about trying a little freedom?

For example, why not make the purchase of PUC permits voluntary? Maybe people won’t want to use a transportation network company unless and until it’s approved by the Colorado Public Utilities Commission. How can we know without trying?

Think that’s too radical? How about if car services display a sign “Warning: not approved by the Colorado Public Utilities Commission”? Then let their riders make the call. After all, isn’t that something Mr. Colorado Passenger can decide for himself? Shouldn’t he be allowed to? Or are we back in New Jersey, where he can’t even pump his own gas?

Before we assume that economic freedom is by definition worse than the alternative, can’t we give it a try? Uber, Lyft and other transportation network companies don’t want their passengers in accidents any more than their passengers do. They have reputations to uphold, and want to build their business. They carry liability insurance, they screen their drivers, they already do a lot of the things this bill would require. They just do them in different ways that permit them to provide more value to consumers.

Before jumping headfirst into the regulatory swamp, why not wait a year or two? Why not see how freedom plays out?

Let Uber, Lyft and other companies do what they do best: Provide a service they think will improve people’s lives. The PUC can grant or withhold its endorsement, inform the public what it thinks, and invite comment. It can gather information on accident rates, perform risk analysis, look at the insurance numbers, and get actual data on which a case for regulation can either stand or fall.

Then the legislature can hold hearings. I predict the do-gooders on the left and the crony capitalists on the right will then stand shoulder-to-shoulder in the Capitol, making their case for why ride sharing companies are threats to “public peace, health, and safety”. As SB14-125 insists they are.

But this is Colorado. Let’s try freedom first.