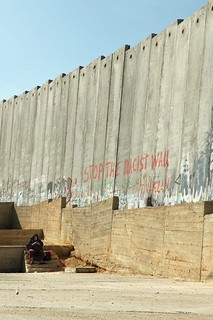 Now that the media has decided to focus itself on tension in Palestine again, the tread-worn narratives about land rights and fantastical histories of who shot first have infiltrated social media for yet another volley in the battle for minds and support. When I look at issues, I look for facts, not advertisements or emotional pleas. I may not take sides — as that sort of thinking is flawed in my opinion to start with — but I can at least see who is being dishonest and call it out.

But instead of holding forth with what I know to be historically honest, I’ll present a most interesting comparison of what the situation is from two unlikely people — the son of a founder of [[Hamas]] and the son of an Israeli general. Except they are not who you think. [[Mosab Hassan Yousef]], originally a Palestinian, was an Israeli spy and convert to Christianity, where [[Miko Peled]] is an Israeli peace activist who defies the nationalist narrative.

Now at this point forgive me. This is apples to oranges, with these speakers in different venues and talking at different lengths. The reader can seek out and find further presentations and interviews if they like. But my point is that the debate over Israel and Palestine is nearly always framed in the above way, with one demanding recognition as the moral high ground, a perpetual badge of victimhood and threatened existence, and the other saying, “Wait a minute … that’s not quite right. There’s another side to the story you’re not telling.”

The pro-Israeli narrative has always been a half-truth at best, with bumper-sticker sermonizing that the issue is oh, so simple that there should be no hesitation to take the side of the “civilized man” over the “savages” who seek to bring down not just Israel, but the West. After all, the mantra goes — to no rational qualification I can think of — that “if Israel falls, the West will fall”. We are thence all dragged into xenophobic fear, throwing our fortunes and honor at the feet of an alleged Zion.

The pro-Israeli speaker is an agent of the Israeli government, and is simply reiterating the same party line we’ve heard a thousand times before. And if you research him, you will find that even though he is of the religious bent that always has been Christian Zionist and anti-Islam (a thrust of his plea against his former people), he admits the atrocities that occurred at the hands of the Israeli forces (though blaming Hamas publicly).

Note that I did not give the pro-Hamas narrative because unlike a national government, such groups are an affectation from within Palestine, not Palestine itself. And though some Israelis and Palestinians cheer when bombs are lobbed across the theoretical border between them, many, MANY of them want peace. The most salient point is that this is NOT a war between nations, but injustices and violence between a state and the people of lands it (unlawfully) occupies.

Instead, I posted a full lecture, not a commercial. Whereas you cannot go away unmoved by the ‘Son of Hamas’, you cannot go away uneducated after meeting the ‘Son of the General’. And I think it is fair because the whitewashing of Israeli actions and policy is based on the assumption this is an ideological war, implicitly unresolvable except by a sanitized version of ethnic cleansing against the Arabs and perhaps all Muslims if necessary. Eerily and ironically familiar.

On the other hand, the defense of Palestine’s position is not anti-Jewish or even against the existence of Israel, loud politicians and jihadists aside. It is based on basic human rights, and a record of cold, hard, historical facts that to detractors MUST be ignored to perpetuate a divinely blessed, frighteningly nationalistic success story.

The bumper-stickers and grade-school mythologies must end. It still leaves room for debate on justification of violent action on both sides, but with ALL the facts, we can better measure what justifications are honest and which are fabrications, who really has the power, and therefore the greater responsibility for accountability — and peace.

But be warned of the alternative: if you don’t know and acknowledge both sides of the story, you are bound to take a side, by sins of complacency and omission, having little way to stand against oppression and violence for any and all humanity, regardless of perceived sides.