Can the Feds Defeat Piracy if They Can’t Even Protect Themselves? 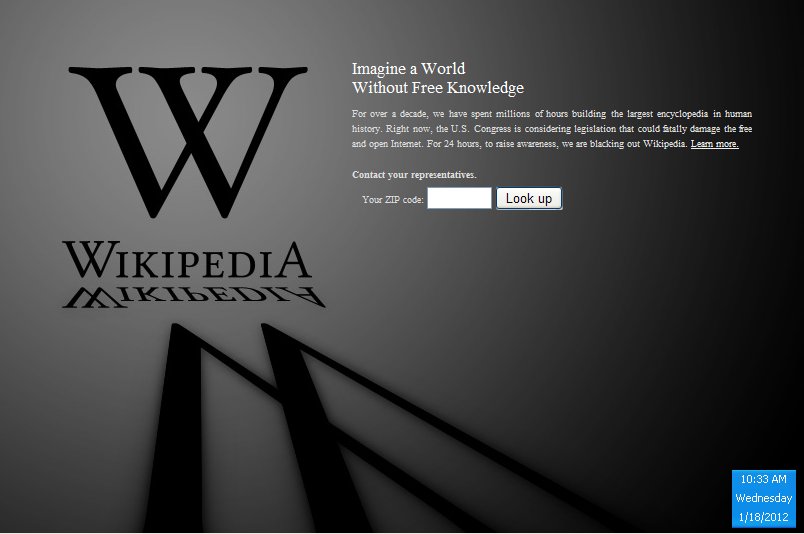 This week heralded a number of related events, the interpretation of which is not nearly as important as the implications.  While the federal government moves to legislate it’s fight against piracy and risk damaging online liberty, its websites are hacked in retaliation for doing just that.  It is not whether the government is justified in this or future cases, but that it proves itself incapable of protecting itself while claiming to be able to protect America’s intellectual property.

But first, let’s recount the details of the fight, blow by bow.

Congress proposed laws ([[SOPA]] in the Senate and [[PROTECT IP Act|PIPA]] in the house) to push responsibility of policing copyright infringed materials onto website owners, including those of sites driven by user content, such as YouTube, Facebook, etc., and proposes the ability to block websites using methods not unlike China or Iran.

GoDaddy comes out in support of it, and loses thousands of customers in protest before backing off and deciding to change sides. 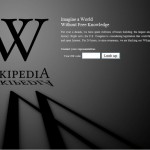 Wikipedia and other sites stage a day or protest by blacking out their sites for a day, sending people to links that enable users to easily contact their state representatives in DC.  The lines and emails are flooded to the breaking point and many supporting legislators back off or taking a stand against them.  {[[Wikipedia:SOPA initiative/Learn more|details]]; more details}  It doesn’t matter that there are proposed amendments to (supposedly) address the flaws in being technically executable without causing endless grief and security dangers to users and legitimate companies — the people have spoken, and they are saying “Don’t touch my Internet”.

Even President Obama speaks out against the dangers of the bills, having received vast feedback on the White House website.  In retaliation, Hollywood interests vow to withhold their monetary support of Obama’s re-election campaign.

That’s a lot of action centering around a random Wednesday.  Thursday is worse.

The file sharing and storing network whose most popular site is MegaUpload.Com is blocked, it’s principals arrested in New Zealand, and in both method and tenor appear to be handled as if SOPA or PIPA had already been passed.  {Personal Note: I’ve used MegaUpload.Com myself to transfer large files to others and can attest it is not by itself nefarious in any way.  Now I worry that anywhere I may store files on any cloud may be a t risk.}

In retaliation, the hacktivists within the [[Anonymous (group)|Anonymous Movement]], known for taking action against anyone percieved to threaten freedoms on the Internet,  take down a slew of websites run by the Department of Justice, including FBI.gov, for many hours.  Also targeted are websites of the music and movie industry organizations behind the legislation.  The corporatist agenda is not lost on them.

In their message claiming responsibility, Anonymous targets one man in particular — [[Chris Dodd]].  This lobbyist and former Senator (holding such office for 30 years) is the current head of the [[Motion Picture Association of America]].  The corporatist veil isn’t thin on this one, it’s non-existent.

The fact that a relatively unorganized group of hacker citizens with no special resources can effectively challenge the federal government is both terrifying and comforting, and for the same reason.  It is terrifying that our government is so vulnerable to nearly anyone with the will and a clue; it is comforting that the government CAN be challenged on this front if it needs to be, a concern not lost in a near-Orwellian world where grandmothers at airports are strip-searched without cause, and there’s a new law at every turn to, in theory, protect us from ourselves.

But what is more apparent is that our national legislators have the false hubris to suppose they are competent in this arena.  How can they even propose an informed regulatory course of action (and the powers to execute therein) when the existing agencies devoted to this can do nothing but sit back and watch their servers crash from a simple [[DDoS]] attack?

When I wrote my respective congressmen, I did not ask them to take a position for or against any provisions within the bills.  I asked them not to accept any bill on the subject AT ALL.  Only the players themselves are capable to come up with sane and effective remedies to piracy without compromising the most common sense virtue of the Internet, free speech and access to information.  If anyone wants to debate this, consider that both the media industries and technology sector have tread these paths from the dark ages to modern amazement without the guidance (interference) of government.

The people have spoken — now what is Congress’s response?  Postpone the legislation.  Are they hoping people will just forget about it when it’s pushed through at a later date?  That used to work in the old days … you know that time before the Internet?

Or will the cyber-attacks of Anonymous be used to justify a stronger fist on the part of the feds?  Time will tell, and this may be a defining time or watershed moment that will have far more implications than the ability to download a bootleg hit song.