A Profitable Pathology: Criticism for It’s Own Sake

Usually I am on the side of the critic, that bold person who dares to bring an often unwelcome perspective or buck our common judgment. And having been a “cult-buster” in my day, critics are deliberately, wrongfully dismissed as the bearer of sour grapes of dissent for it’s own chaotic sake. But could it be true in some cases? 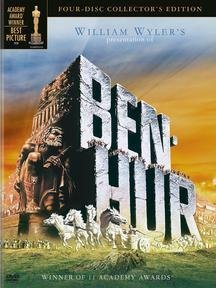 An interview of long-standing local movie critic Jeff Simon in “Block Club Magazine” gave him plenty of room to exult himself as just that brave character who goes against the grain, creating a personal life narrative dichotomy of lies versus truth, propaganda (popular opinion) versus honesty (his opinion).

In his own self-glorifying worldview, the role of the critic is to see beyond the selling points of a movie and the kow-towing hauteur of those who fall in line with that — to oppose and expose them by telling it like it is. He sums it up in his early exposure to a critic lambasting one of the most loved movies of all time: “… Dwight MacDonald does a takeout not just of Ben Hur, but of every critic telling everybody around how wonderful the movie was.”

I think it’s pretty transparent that he was really just a child who simply found a thrill in the attention one gets from disagreeing with what everyone else believed. And instead of maturing, he found the perfect job in a profession that finds more fame and profit in reporting aberrations than educating on the general state of affairs.

In short, his life’s work appears to have been selling glorified dissent for it’s own sake.

For the rest of us, the critic’s role it to inform, to react to art itself and not merely other critics or the artist’s ad copy. It is to save us a few bucks by avoiding a bomb and make sure we don’t miss a blockbuster while it’s still on the big screen.

Star Wars? Thumbs down — don’t bother, he said. And I could produce a litany of movies he declared memorable historical works … except you wouldn’t probably remember any of them. How could anyone be so consistent in edifying films deemed mediocre in any metric while vilifying anything on the screen that might be considered a beloved success or even a classic? It must be intentional dishonesty, disagreement for its own sake.

I would not be surprised if he doesn’t write a single piece until he can orient himself contrarily with other critiques and public reaction. And I wouldn’t be surprised if he didn’t even see half the movies he wrote about — in fact, a projectionist I know saw him many times over the years leave after the first few minutes of a full-feature production. His research may be more concerned with the criticisms of others than that which is criticized.

He fancies himself a bastion of guiding truth above the sheep he writes to. If he believes that himself, or will go to the grave smug that he conned a living out of it, may never be known. But he has no special powers of discernment between the bland and the stellar. His only skill is ridiculing praise and praising ridicule — something a child should be beaten for rather than given an allowance.

However, there’s an odd benefit to the existence of such a unique role and skill. He is so abysmally consistent that for many years I can guess better than not if a movie is worth the price of admission (and staying all the way to he credits) — I just read his review and act according to its opposite.

But I don’t make that process a general rule, and neither should you. Too many people assume that something reported by [[Fox News]] (or conversely the “Liberal Media”) must be false and not merely distrusted. Bias does not require inaccuracy or falsehood. Like Simon’s pretentious attitude of opinion as truth, most people can’t separate journalism from editorial as it is. Contrary voices CAN tell us what we don’t want to necessarily hear. The trick is to tell when criticism is fair and not merely contrary.

So the next time someone posts criticism — usually that of some self-proclaimed “journalist” blogger — look to see if their purpose is to give a perspective, or criticize that of others. Do they spend more time talking about why other views are wrong, or actually let their arguments stand on their own merit? Does it appeal to your sense that you, too, can be right while everyone else is dumb or not in the know?

We’re not all psychologists, but the pathology of criticism for its own sake must be diagnosed for what it is. And we should stop being such voracious consumers of it so people who add no social value are forced to do things like honest writing, something worthy to be placed before the scrutiny of others. And methinks such a justice would be satisfyingly ironic. Who knows? I can only dream how many masterpieces were never created specifically due to rewarding and enabling the Jeff Simons of the world to take the easier path.